Biomedical devices have enabled a revolution in medicine. For instance, smart pills are being used to image the gastrointestinal tract, distributed sensors are being developed to map the function of the brain, and neural prostheses are being designed to help the visual, hearing, and motor impaired. As these devices become smaller, new approaches for the diagnosis and treatment of human diseases will continue to emerge. To enable such devices, we are interested in developing fundamental advances for the miniaturization of medical devices by integrating concepts from physics, biology and medicine into the design of integrated circuits and systems. 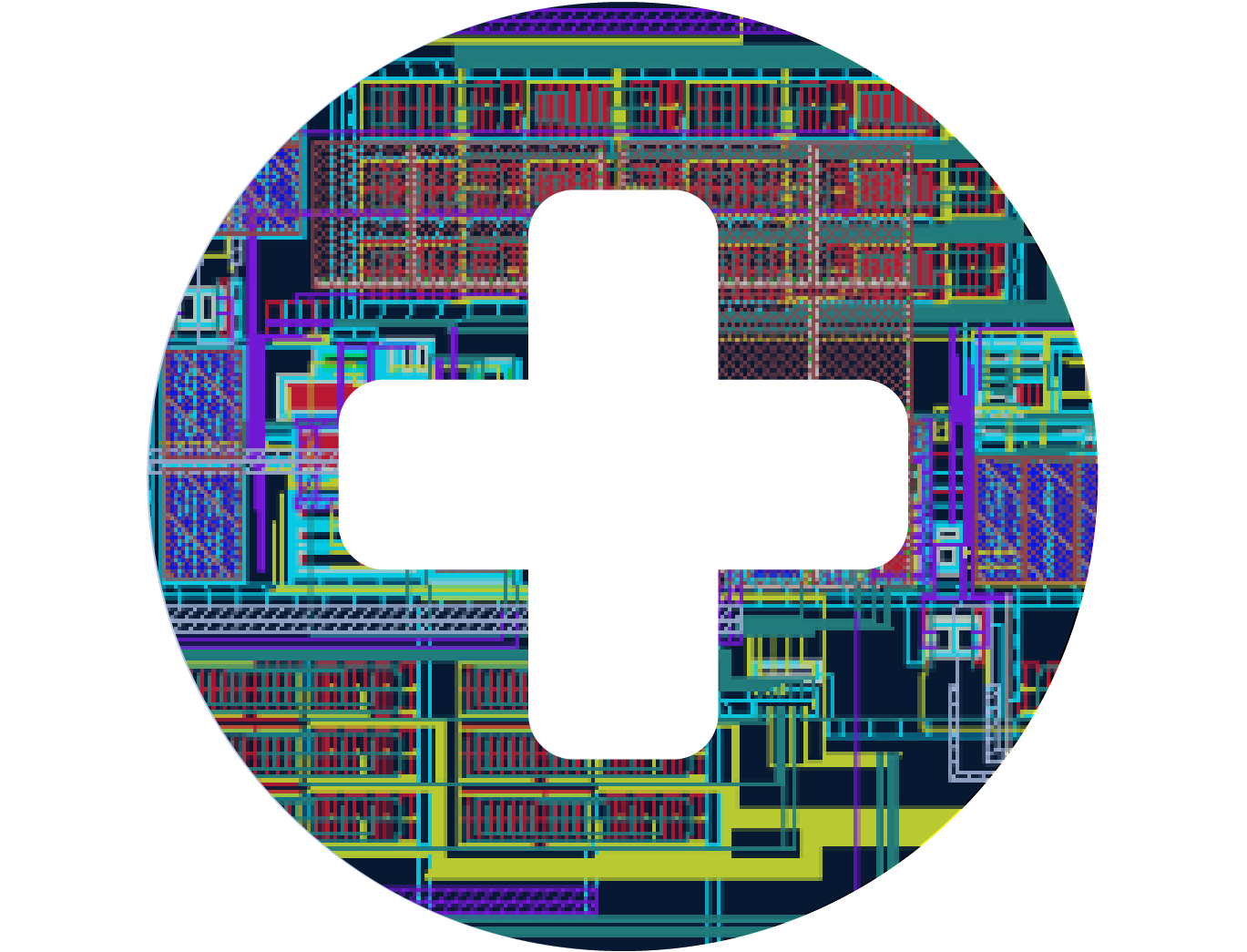 The function of miniature wireless medical devices such as capsule endoscopes, biosensors, and drug-delivery systems critically depends on their location inside the body. However, existing electromagnetic, acoustic and imaging-based methods for localizing and communicating with such devices are limited by the physical properties of tissue or performance of imaging modality.

We recently developed a new class of microchips for localization of microscale devices by embodying the principles of nuclear magnetic resonance in a silicon integrated circuit. We mimicked the behavior of nuclear spins and engineered miniaturized RF transmitters that encode their location in space by shifting their output frequency in proportion to the local magnetic field. The application of external field gradients then allows each device to be located precisely from its signal’s frequency. We call them Addressable Transmitters Operated as Magnetic Spins (ATOMS). This technology is inherently robust to tissue properties, scalable to multiple devices, and suitable for the development of microscale devices to monitor and treat disease.

Neural interfaces directly interact with neurons in our body. Neural recordings of brain activity are one of the key elements for studying the brain, which has led to remarkable breakthroughs in science, engineering and medicine. Similarly, neural stimulation of key brain regions has enabled treatment of medical conditions such as Parkinson’s disease, epilepsy, and others.

Currently approved neural interface devices have limited bandwidth and spatial coverage of the brain, with up to 10s or 100s of channels in the system. The majority of these channels are dedicated to recording and only a few to stimulation. Future high-density, high-bandwidth bidirectional neural interface systems will support thousands of channels for simultaneous recording and stimulation, and could provide real-time visualization of multiple brain-regions with high temporal and spatial resolution.

Implantable biosensors are emerging as new devices capable of continuous in vivo monitoring of clinically relevant biomarkers. As these devices become smaller, reducing the power consumption while maintaining or improving performance is paramount. We focus on developing high-sensitivity, high-dynamic range, and low-power micro-scale electrochemical sensors for measurement of different biomarkers such as glucose, proteins, and ions.

Study of techniques, approaches and opportunities for integrated circuits in biological interfaces using biophysical methods such as magnetic resonance, ultrasound and infrared light.
Study of novel circuit and systems techniques for sensing and actuation of biological function using location-broadcasting bio-chips.

Most progressive vision loss occurs when the first layer of the retina (the photoreceptors) is damaged. Retinal prostheses aim to restore vision by bypassing the damaged photoreceptors and directly stimulating the remaining healthy neurons. Our approach uses highly scaled technologies to reduce area and power, and to support hundreds of channels for fully intraocular implants.